“Conditions” is a talk organized by Anti-tectonics in cooperation with Studio – X Beijing (Graduate School of Architecture, Planning and Preservation, Columbia University) Saturday November 22nd 2014 at 14:00 at Studio-X in Beijing.

“Conditions” is a talk about the challenges of today’s China and the role of architects and urban planners in this context.

Due to a number of economical and political reforms promulgated during the 1980-90’s the urban population grew steadily, from 26% in the year 1990 to 52% in 2012. The establishment of the Special Economic Zones has lead to consistent economic growth and the consequent increase of population in the cities and regions subjected to reforms. These reforms facilitated the beginning of a city-centered development model.

Nowadays China is entering into a new phase of its development. Central government and other institutions are anticipating the “urban” population will grow to reach 70% of total census during the years 2030/2035. Urbanization will become even more progressively the engine of economic and social development of the country. Increasing the extent and number of urban areas in the country will generate natural, social and civil consequences. In this context we are asking ourselves how the architecture and urban planning disciplines can take incisive action promoting sustainable development models to generate a new balance within natural, rural and urbanized territories on one side and to facilitate social equality on the other.

First, analyzing a number of important precedents the lecture will underline how in the past centuries major “conditions” such as political developments and territorial re-organizations provoked evolutionary changes in the fields of architecture and urban planning. Starting from the analysis of the relationships between territory, politics and architecture in the north east of the Italian Peninsula during the 16th and 17th century, to large developments occurred in Paris during the 19th century and the relationship within city and industrialization in the U.S. during the early 20th century the lecturers will explain how the architecture and urban planning disciplines are subjected to consistent phenomenological, methodological and technical changes during and after major political and territorial facts. It is indeed clear that the contributions to the architectural discipline given by Andrea Palladio need to be related to the territorial reforms promoted by the Venetian Republic and the substantial modernizations introduced by Durand’s work are linked to the massive reconstruction campaigns promoted in Paris during the 19th century.

The current urbanization challenges in China will force architects and urban planners to re-think the role of cities and their relationship with the surrounding natural and rural territories. The traditional urban-rural boundaries are already broken and rural territories are often immersed into the urban environments and vice versa. Could this condition generate new possibilities of development? And how natural and rural territories can be preserved from unregulated urban expansions? Will the expansion of cities and the creation of new inter-city urban bodies generate new and positive developments? And which role can network and technology play?

Executing known institutionalized forms the urbanization process in China produced unknown combinations in immense quantities, each of them with slight differentiations. Conventional urban theories can’t be fully applied to these new and evolving contexts since China did not fully (or not at all) experienced the transition between Fordist and Post Fordist conditions. New “algorithms” of development should be found and as it happened at the times of Palladio or Durand new and groundbreaking ideas need to be researched and implemented. Urbanization, after being the engine of the development of Western countries is now driving the development of China and other Asian countries, for these reasons new theoretical and technological tools are required.

It is time for architects and urban planners to propose alternative development models which not only look at the form of the city and its singular entities, as it happened too often during the past years, but implement innovative and unprecedented methodologies and techniques to bring a new evolution for the cities, to balance the relationships within urban, rural and natural territories and to facilitate an equal and prosperous development of the society.

After a first conference “Intelligent Urbanism” on the topic of smart cities held at the Italian Institute of Culture in Beijing in December 2013, June 14th 2014 at 15:00 the architects and researchers Momo Andrea Destro, Eugenia Murialdo and Liu Hai (刘海) will present an interpretation of the possibilities and risks that the urbanization process poses during a talk at the Today Art Museum in Beijing (P.R.C.).

By analyzing the causes of the ongoing urban expansion the lecturers will illustrate tangible strategies and visions for a more balanced growth of the urban eco-systems.

“Intelligent urbanism” is a conference about urban growth, new approaches towards urban planning and technologies for better cities.  In China and the rest of the world the concept of Smart Cities is becoming more and more a new model for the development of urban environment.

But what is a “Smart City”?

Are technology, data management, and Service Design the only approaches to this topic? Or is it an entirely new vision of city planning that could generate a real urban revolution? The topic will be discussed by a panel of experts, representatives from Italian, Chinese and European Institutions, and professionals such as architects and urban planners.

At the conference will participate:

The debate will be moderated by the director of the Italian Cultural Institute – Embassy of Italy, Beijing,Prof. Stefania Stafutti.

RSVP to info@antitectonics.com to attend to the event

Starting from September, 27th 2013 with an official opening hosted with the presence of the Italian Ambassador of the PRC, His Excellency Mr. Alberto Bradanini, the program will present a variety of activities including the Anti-tectonics forum, a presentation from the Triennale Museum (Milano) with a lecture by Prof. Alberto Ferlenga held in conjunction with the exhibition Golden Medal for Italian Architecture, a full-day of moderated discussions about the role of Italian design in China, and an introduction of Milan EXPO 2015, among others. 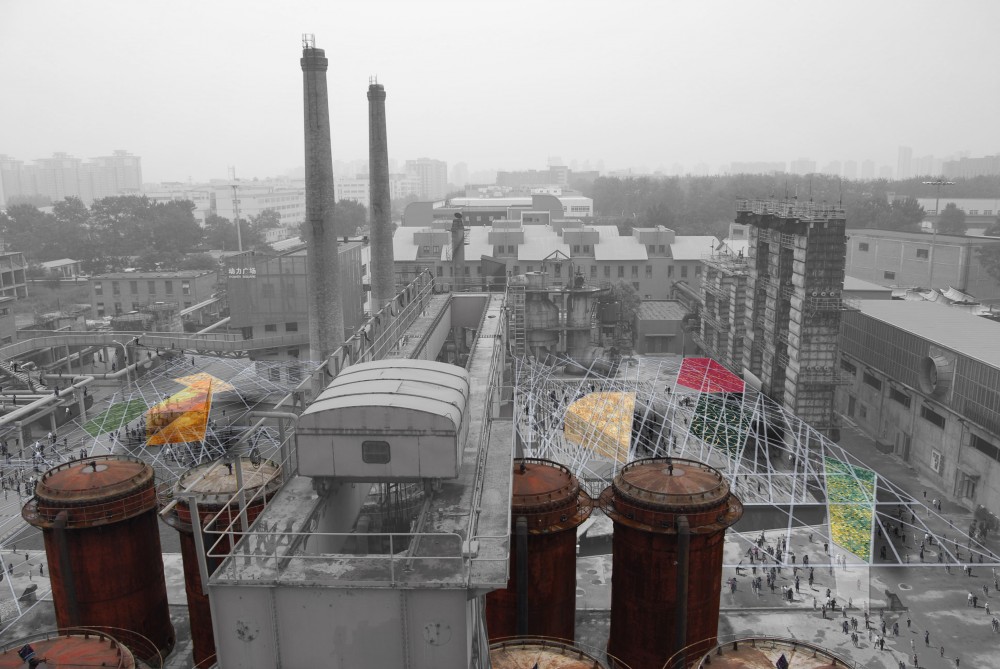 The conference will cover the topics that have characterized Italian architecture in the past 50 years. In particular, the relationship between architecture and history, city and landscape.
This theme will be analysed through some important figures such as Aldo Rossi, Vittorio Gregotti, Manfredo Tafuri, some magazines such as Casabella and Lotus International, some institutions such as the Venice Biennale and the Milan Triennale and some universities such as IUAV in Venice. Finally, some considerations on recent architecture in Italy will be presented, starting from the results of the last edition of the Gold Medal for Italian Architecture promoted by the Milan Triennale. 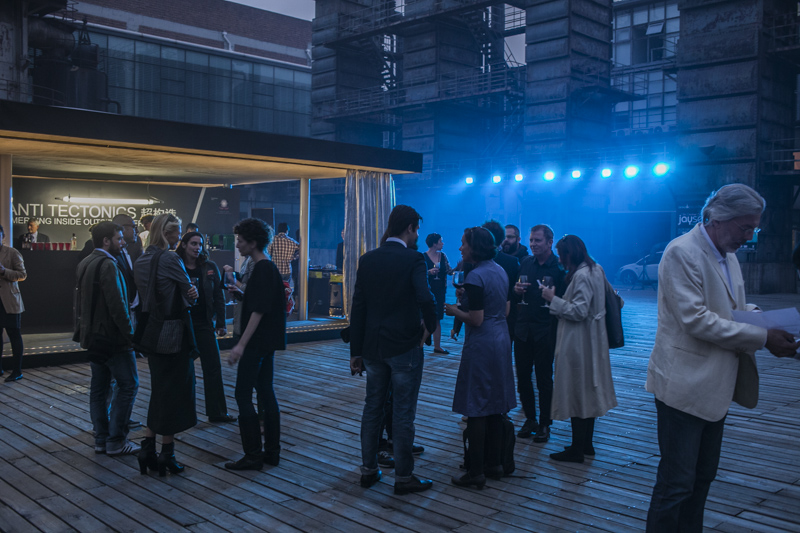 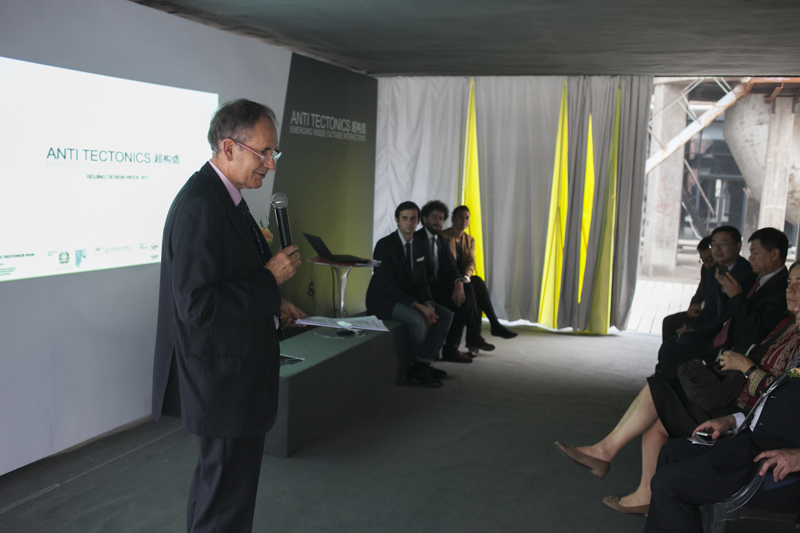 The forum “Anti-tectonics” is the highlight of the event and it is organized in cooperation with the Berlin based R&D office Hybrid Space Lab. During the day, leading Italian and international experts will cover topics relevant to emergent technologies, materials, and processes in the field of architecture and urbanism.

Emergent designs:
Techniques and processes for architectural envelopes
The discussion will be led by Giannantonio Bongiorno, Momo Andrea Destro, Eugenia Murialdo together with:

The discussion will be led by the co-curator of the forum Prof. Frans Vogelaar and Prof. Elizabeth Sikiaridi (Hybrid Space Lab) with a number of lecturers as academic, innovators and construction industry experts including: 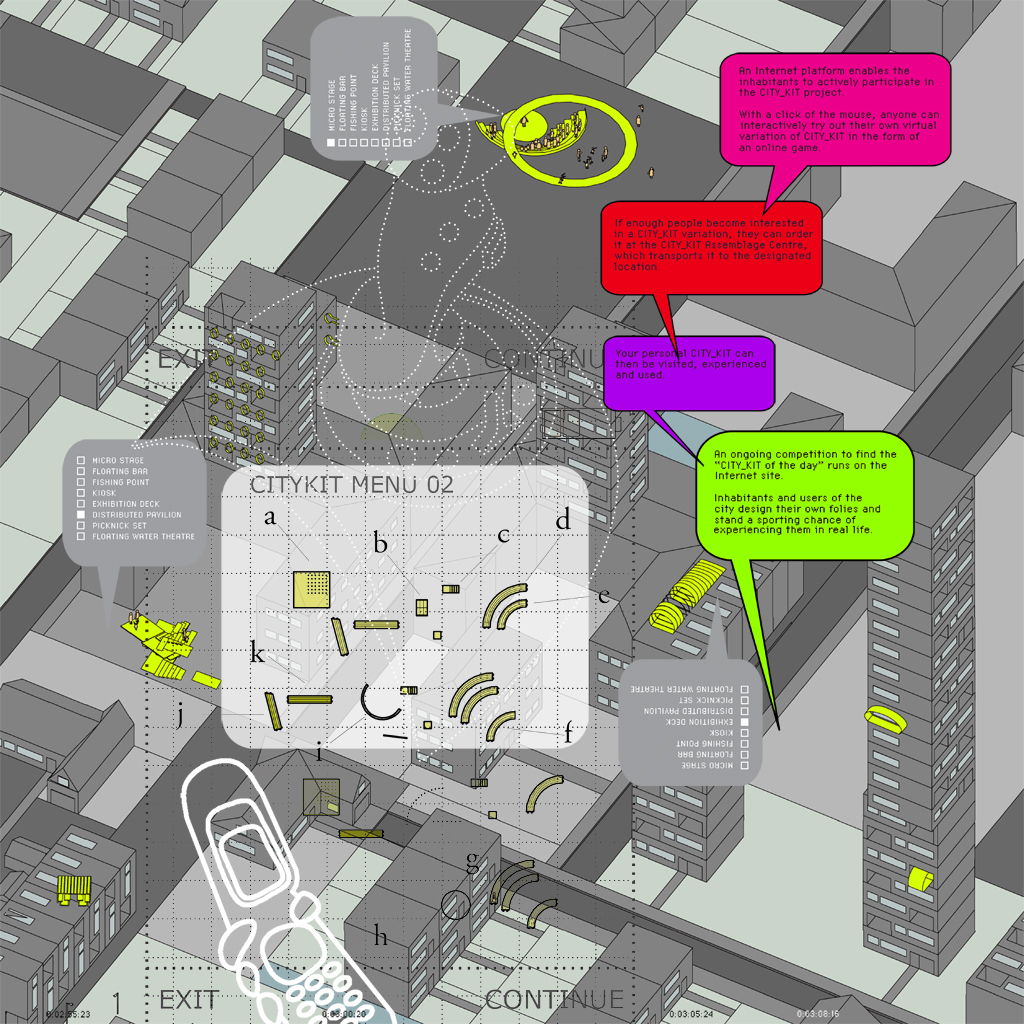 Mr. Emilio Genovesi will introduce EXPO 2015 including the main exhibition themes and projects. HIs keynote address will highlight the topic of “food” and the thematic pavilions “Pavilion 0”,  “Biodiversity Park’” and the “Art and Food pavilion at the Children Park”

“Italian design” has been for decades a brand that indicates excellence in design, architecture and fashion  from Italy.
The roundtable with the main Italian architecture and design media, will be about the status of the Italian design industry and its influence on the Asian and Chinese market. 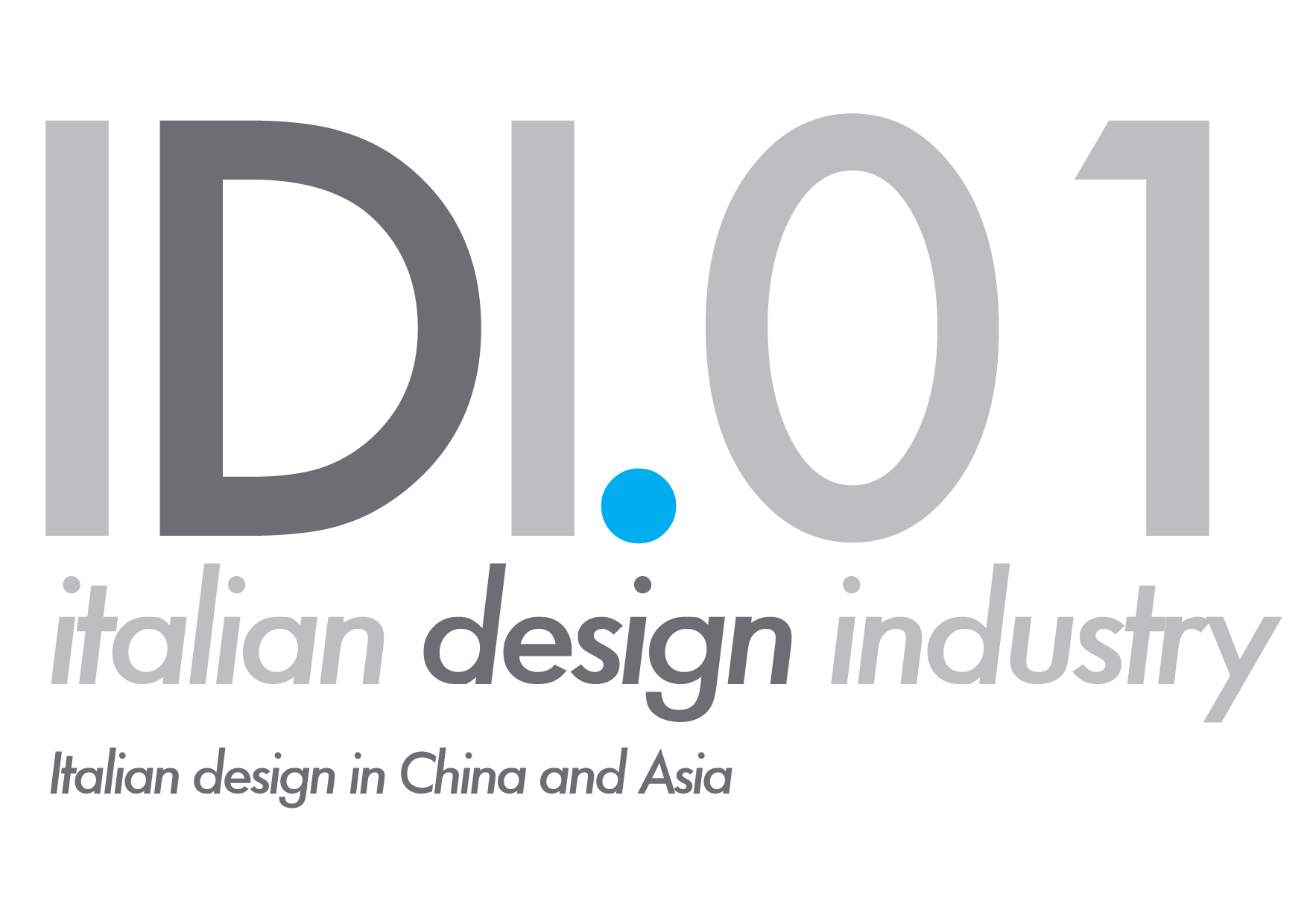 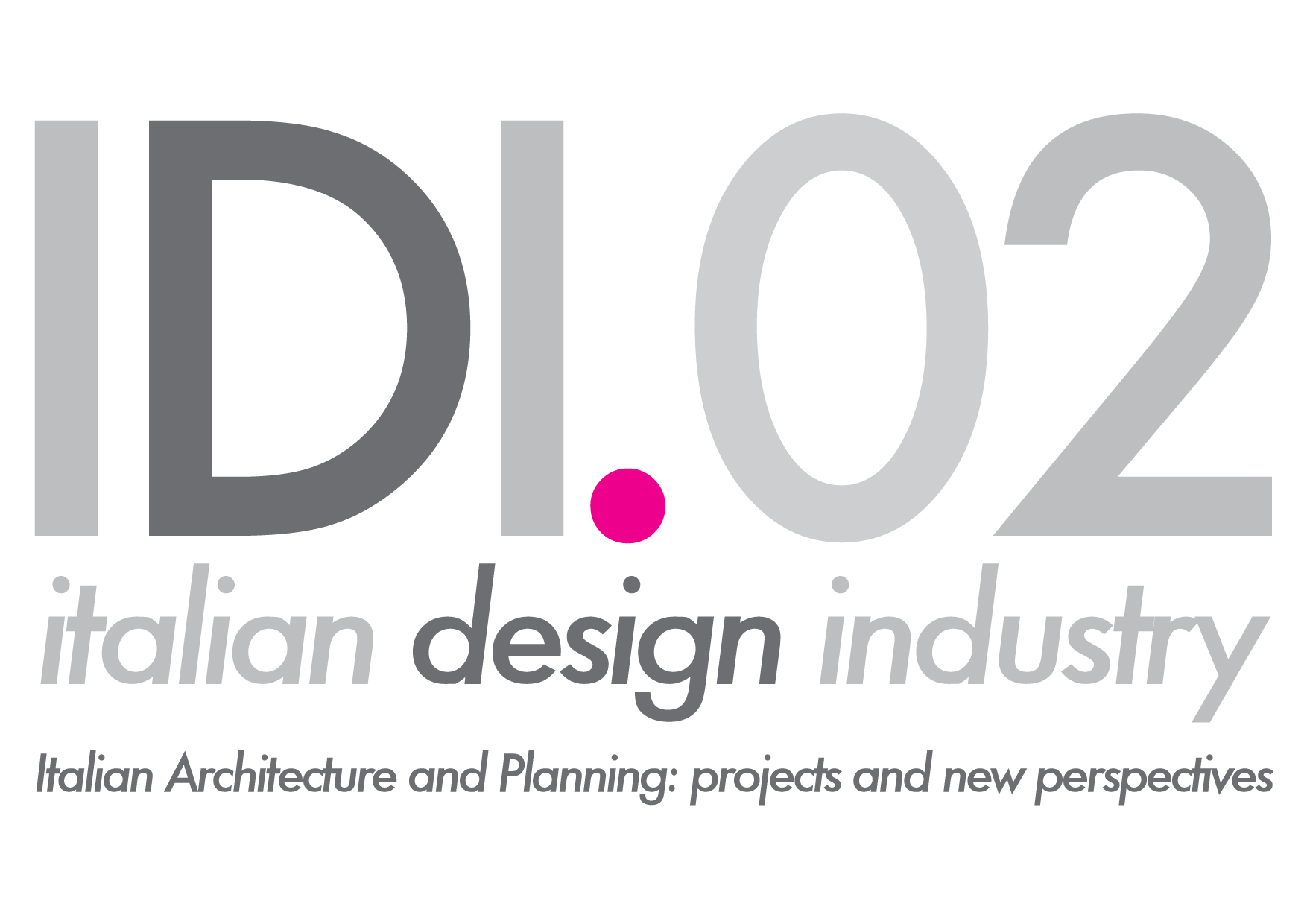 The final roundtable will be “Anti-tectonics”. After an intense week of talks, events and presentations, Beijing Design Week Creative Director Beatrice Leanza and the curators of the project Anti-tectonics, Giannantonio Bongiorno, Momo Andrea Destro, Eugenia Murialdo together with other guests will discuss the next steps of this initiative.